Days of rain turned trickles into streams into rivers.  This is McKeldin Rapids on the Patapsco River at McKeldin Area of Patapsco State Park in Marriottsville, Maryland shot today, May 1, 2014.  I could hear nothing over the roar of the rapids.  Train tracks run just above the rapids and a nice shot could have included a train sliding past. And there was a train.  I just could not hear it coming to get the shot.  I was in perfect position but was so focused on focus and not falling in, that by the time I saw it, it was too late.

The Little Ones and I do quick hikes to the rapids when the weather is nice.  This is one of their favorite spots.  They love to walk the trails, climb around on the rocks and play on the beach along the pool formed at the bottom of the rapids.  Its a great place for family hikes and picnics.  On other days, without the Little Ones, there are longer trails I like to kick around on.

I used a neutral density filter to allow for a longer exposure which causes the motion of the river to blur the water.  The water was fast.  I made some exposures as long as 30 seconds, but didn't need that long to blur the rush of that rain swollen river. 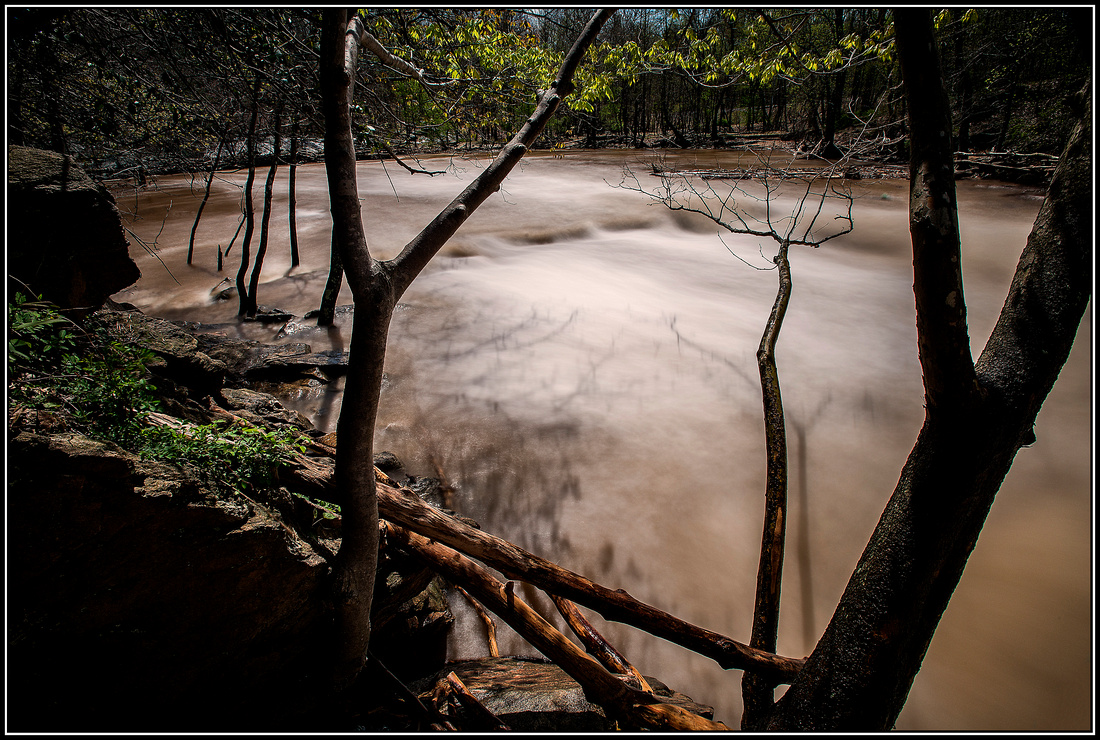